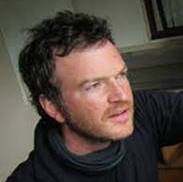 Professor Edmund Crampin joined the University of Melbourne in 2013 as the Chair of Systems Biology. He pioneered teaching of systems and synthetic biology at the University of Melbourne and was one of the founding members of the Department of Biomedical Engineering. His educational background was in physics and mathematics, doing his DPhil at the University of Oxford, and throughout his distinguished career Professor Crampin used fundamental mathematical concepts and computer science to build models to understand biological processes and human diseases, with a particular interest in heart physiology. His major scientific contribution was the establishment of new methods to model and describe cell physiology mathematically. These models take in the molecular, cellular and tissue scales, and he worked to model increasingly larger and more complex systems, including whole cells and organs. Professor Crampin was elected as a Fellow of the Royal Society of Biology for his work in this area.

Professor Crampin died in May 2021, a loss felt deeply by his many past and present students, friends, and colleagues at the University and beyond.